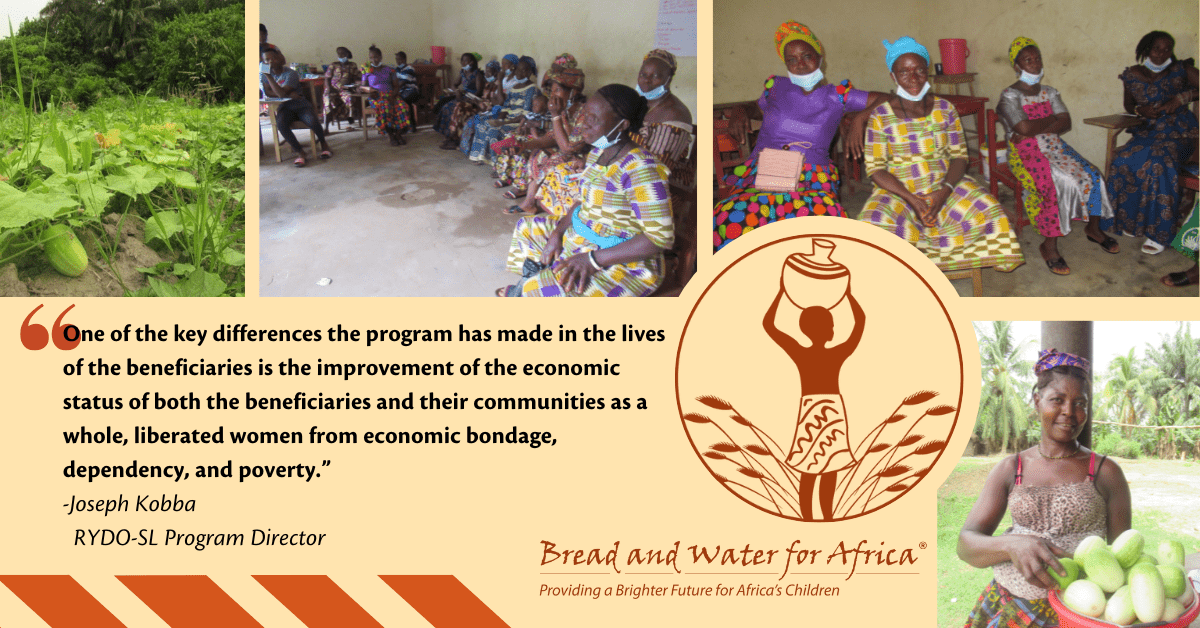 Agricultural Support Program in Sierra Leone is Transforming Lives for Women Farmers, Their Families and Their Communities


Agricultural Support Program in Sierra Leone is Transforming Lives for Women Farmers, Their Families and Their Communities


According to the United Nations’ Food and Agriculture Organization (FAO) and the World Bank in 2014, women in sub-Saharan Africa “produce up to 80 percent of foodstuffs for household consumption and sale in local markets.”

Today, not much has changed in the subsequent years.

For crops such as rice, wheat and maize, which make up about 90 percent of the food consumed by rural dwellers, it is women who mostly sow the seeds, do the weeding, cultivate and harvest the crops and sell surpluses.

And for secondary crops such as legumes and vegetables, says the FAO, “Women’s contribution…is even greater,” adding that seems as if it’s as if only women are involved in producing these crops.

What’s more, they make and tend the gardens that provide much-needed nutritional and economic well-being.

While women farmers are essentially feeding the continent, they have remained largely in the background, calling little attention to themselves and receiving little help.

But this situation is changing for hundreds in Sierra Leone thanks to the supporters of Bread of Water and Africa®.

Through our partnership with Rural Youth Development Organization – Sierra Leone (RYDO-SL) we are providing financial and practical assistance to hardworking women farmers who despite their valiant efforts, struggle to grow enough food on their tiny parcels of land to feed their children, much less have any surplus left over to sell at local markets. 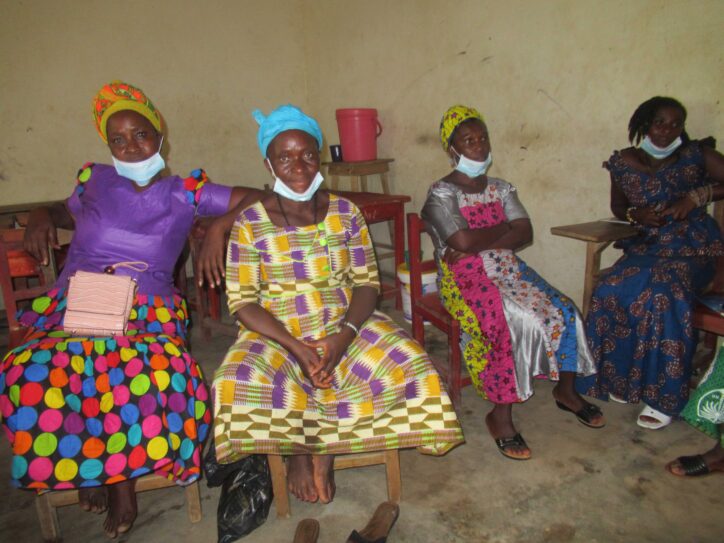 RYDO-SL program director Joseph Kobba reports that the program not only assists the beneficiaries with training in crop production and sustainable harvesting and providing them with seeds and garden tools, but also teaches them in business management and encourages them to develop their own entrepreneurial skills.

“One of the key differences the program has made in the lives of the beneficiaries is the improvement of the economic status of both the beneficiaries and their communities as a whole,” says Joseph, noting that it has also “liberated women from economic bondage, dependency and poverty.”

Following this year’s training of 75 rural women and youth, he described the single biggest achievement is in “their understanding, appreciation and participation in project activities, and the goodwill of the community.”

Over the recent years of offering the coursework and materials, Joseph told us that RYDO-SL staff improve their teaching methods year after year in ways that the impoverished, illiterate women farmers can understand.

For example, among the “lessons learned” in the early stages of the program, he reported that “The training method in the classroom – lecturing and writing on the blackboard – did not work well because some participants were not literate.”

However, as the program evolved to address that issue, the training, distribution of farm tools and the minimal financial support (about $100 per participant) “worked well because RYDO-SL staff and community members worked together to coordinate the entire process, including the visiting by the team members to each vegetable growing and farm sites.

“Involving community stakeholders and project beneficiaries in the project from the start, and facilitating their engagement with RYDO-SL staff, enabled the training and farm tools distribution to be carried out effectively because all took responsibility for the process.”

Those who have been selected for the program so far have been identified by RYDO-SL staff as those most in need of assistance, and the word has been spreading throughout the local rural villages.

“Community women and youth in target areas were so interested in the training being given by RYDO-SL that they kept trying to join in,” Joseph told us. “We dealt with this by explaining to them the importance of allowing them and the trainees space to learn” – and also giving them hope that they will be selected for the next round of training.

Among those who completed their training this year was Kadiatu Jusu, a married woman with two children who for the past two years “had been facing difficulties trying to sustain her farming activities due to lack of support,” said Joseph. 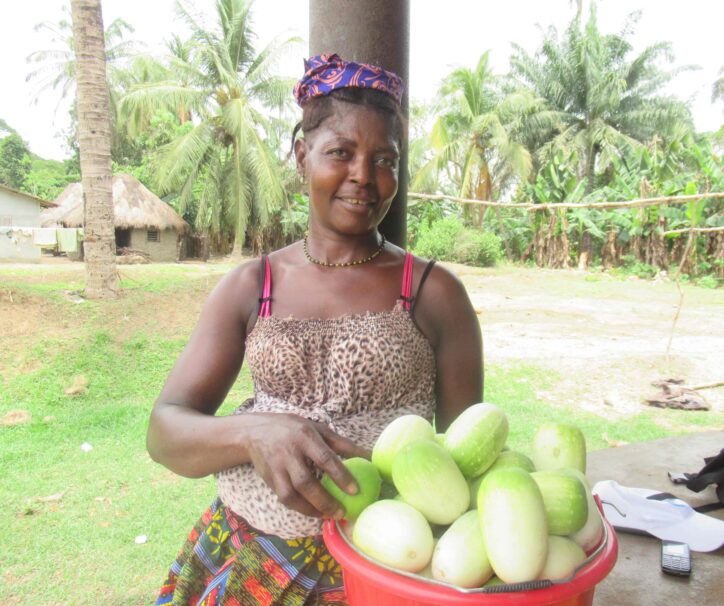 “She was cultivating cassava (a staple food of Sierra Leone) and beans for the past years but with the knowledge and skills she gained during the training she decided to expand her activities to vegetable crops,” he told us.

With the training and assistance she received, Kadiatu not only increased the amount and variety of her harvests for home consumption, she is now able to sell her surplus at local markets and generate the income she needs to pay the school fees necessary to send her children to school, as well as pay for healthcare services for herself and her family, and even open up a savings account – something she’s never had in her entire life!

“Thanks to the training and support which have developed my farming knowledge and skills, my success in the 2022 farming season has improved my economic situation,” Kadiatu told us.

“I am so thankful to God, and grateful to Bread and Water for Africa®, for the training and support I received for my farming activities which have helped me to cultivate four acres of both vegetables and groundnuts (peanuts) to feed my family and sell the surplus in the market so that food can be available at my home.”

And when asked “What would you like the supporters of Bread and Water for Africa® to know about your program?”, Joseph responded, saying, “Investing in women and youth in entrepreneurship has laid a better foundation for development and prosperity for many.

“Food security in rural communities is a means of lessening malnutrition and saving lives.”