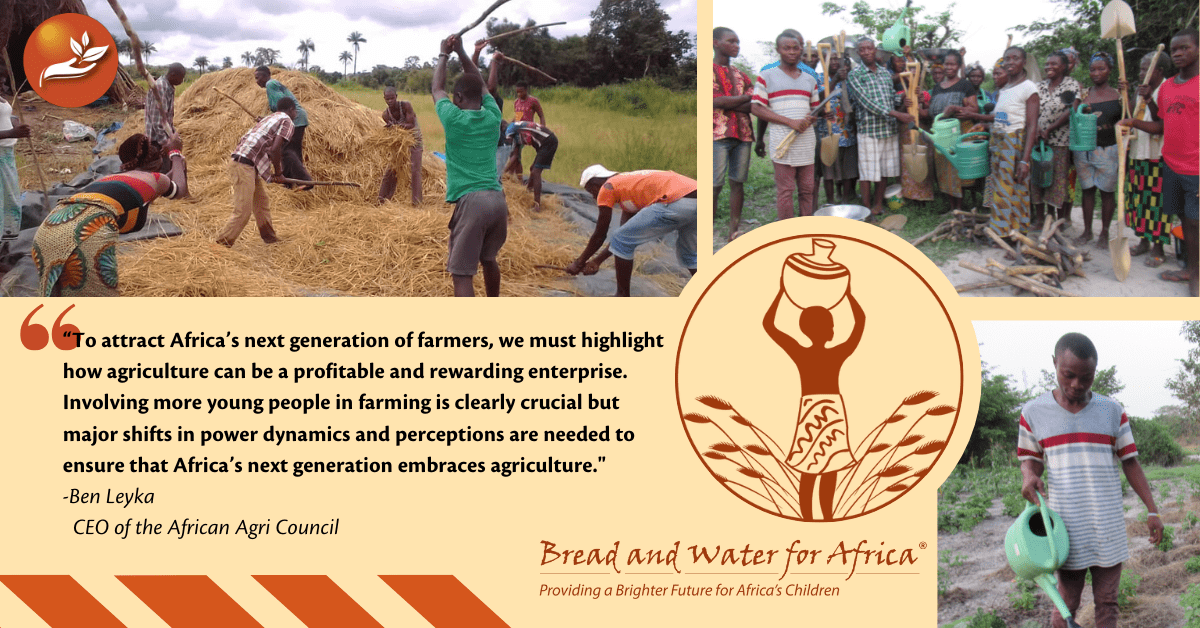 “To realize this potential, farming must shift rapidly from its present status as an occupation of last resort and low productivity to one of technical dynamism and recognized [an] opportunity,” it states, and adding that too much has gone into short-term remedies, such as subsidies for fertilizer, but “without complementary attention to improved technologies and management practices and long-term investments in research and infrastructure.”

But there is hope for change, today and for the years to come through agricultural training and support programs for youth farmers such as the one operated by our partner, Rural Youth Development Organization – Sierra Leone, thanks to the supporters of Bread and Water for Africa®.

“Sub-Saharan Africa today faces an unprecedented opportunity,” the World Bank states, pointing out that half the population of the region is under the age of 25 and each year now to 2035 “there will be half a million more 15-year-olds than the year before.”

The United Nations’ Food and Agriculture Organization predicts Africa’s population to double by 2050 and “unleashing the intellectual and creative capital of Africa’s youth is imperative to meeting the region’s agricultural development goals and corresponding food and nutrition security benefits.”

Ben Leyka, CEO of the African Agri Council echoes sentiments raised, commenting “that part of the issue with youth not seeing agriculture as a career choice is that they often associate it with backbreaking work at the subsistence level” and a key factor in moving away from this view is to treat agriculture as an important component in the global economy and food value chain.

“Agriculture is both a science and a business that requires an entrepreneurial approach, plenty of risk capital and favorable policies,” said Leyka.

However,  the fact that young people in sub-Saharan Africa often view agriculture as inefficient, socially immobile and technically uninteresting has led to a situation where the average age of Africa’s farmers is 60  despite the median age being 19, according to a report by scidev.net.

“The combination of an aging generation of farmers, high rates of youth unemployment and a rapidly growing population poses a significant threat to Africa’s agricultural sector and future food security.

“As farmers grow older and young people move away in search of job opportunities, who will be left to feed the continent?

“Involving more young people in farming is clearly crucial but major shifts in power dynamics and perceptions are needed to ensure that Africa’s next generation embraces agriculture.

“To attract Africa’s next generation of farmers, we must highlight how agriculture can be a profitable and rewarding enterprise.”

And that is exactly what we and RYDO-SL are doing for 75 youth and women farmers in rural villages today in Sierra Leone.

John Charles is just 21 years old, living in the small village of Buma is among those who were selected by RYDO-SL staff for participation in its agricultural training program. 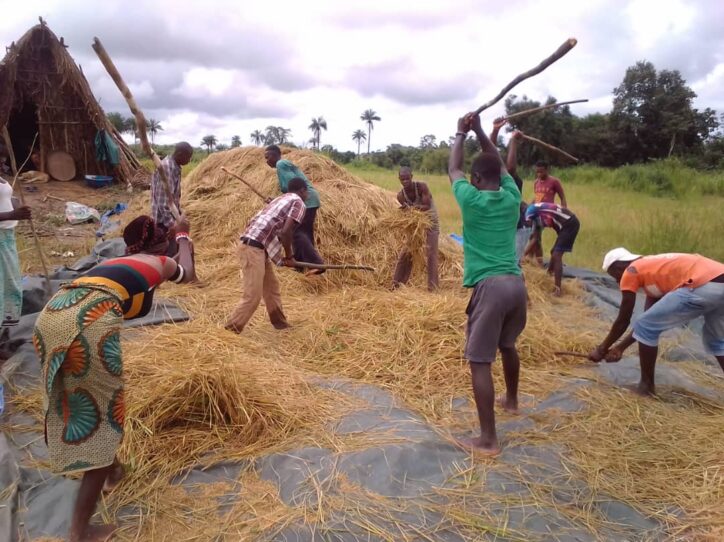 “When his father died, John left school and had to become independent and had to find ways to survive,” reported RYDO-SL program director Joseph Kobba.

John started his farming operation out of desperation, but during the training program where he learned best agricultural practices and was provided with tools and seeds, “he fell in love with farming,” says Joseph, adding that since completing his training he has realized an increase in production of both his rice and vegetables harvests.

And as for John himself, “I learned quite a few things during the training conducted by RYDO-SL and now I can share everything I have learned.

“I am thankful to Bread and Water for Africa® for the training and support I received for my farming activities. The tools I received helped me to cultivate my rice farm to feed my family and sell the surplus in the market.

“I am very proud to work on farm and now I am very passionate about my land.”

Sallay Lahai, 25, lives in the village of Walihun where farming is the primary means of livelihood and was overjoyed to be selected by RYDO-SL to take part in the training “promising that she will make good use of the knowledge she gains and to share what she has learned with others in the village.

It is a promise she has kept.

“I am growing strong after the training as a farmer and I believe am inspiring other women who shy away from farming,” she told us.

“Vegetable cultivation requires more skills and is cumbersome, but the training and support I received has motivated me, and this inspiration has led to other women to take up vegetable farming.”

She also reported that she has become quite the entrepreneur as the village’s school feeding program is now purchasing all the vegetables she can grow from her “which has increased my earnings as my farming methods have improved since I received my training.

“I am so grateful to God and Bread and Water for Africa® for the training and support I received. I will never forget what you have done for me.”