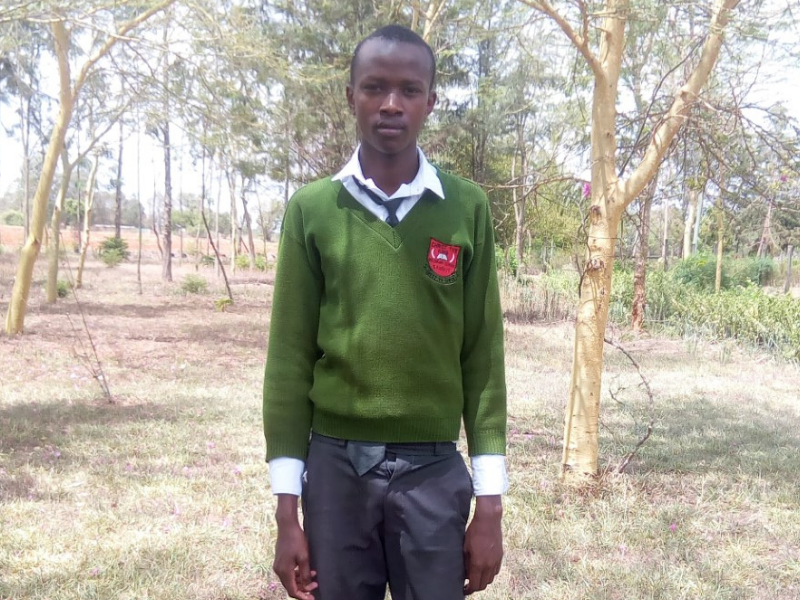 Joseph Ekidor – Making His Way in the World with Educational Support


Joseph Ekidor – Making His Way in the World with Educational Support


Joseph Ekidor is no longer a child at age 19, but a young adult looking to make his way in the world as he is on the verge of completing his secondary school education.

It’s a bright future made possible only through his hard work and determination, the loving home he found at the Lewa Children’s Home in Eldoret, Kenya, and the generous and loyal supporters of Bread and Water for Africa® who made it possible for him not only to attend school as a child, but complete his secondary school education.

He came from a family of five siblings being raised by their parents who, only working casual jobs when they could find work, could barely scrape by putting a roof over their heads and putting food on the table for all of them – much less pay for the education they knew their children would need to succeed, reported Lewa founder and director Phyllis Keino.

“His parents were not able pay for their children’s education as the little they earn is used for basic needs,” explained Phyllis. “Through the Lewa Children’s Home he has been provided with an education through the Bread and Water for Africa® school fee sponsorship program.”

Phyllis noted that his best subjects in the classes he attends at Sambut Secondary School in Eldoret are chemistry, physics and mathematics – which is a good thing as his dream is to pursue a career in medicine, a much-needed field in the developing country.

His teachers noted in his term one academic report that in the courses where he is struggling that the see the potential in him writing, “you are capable of doing better.”

As for Joseph himself, “I really appreciate the support that you have given me since I entered Form One (freshman year),” he wrote in a letter for the supporters of Bread and Water for Africa® who made it possible to attend secondary school.