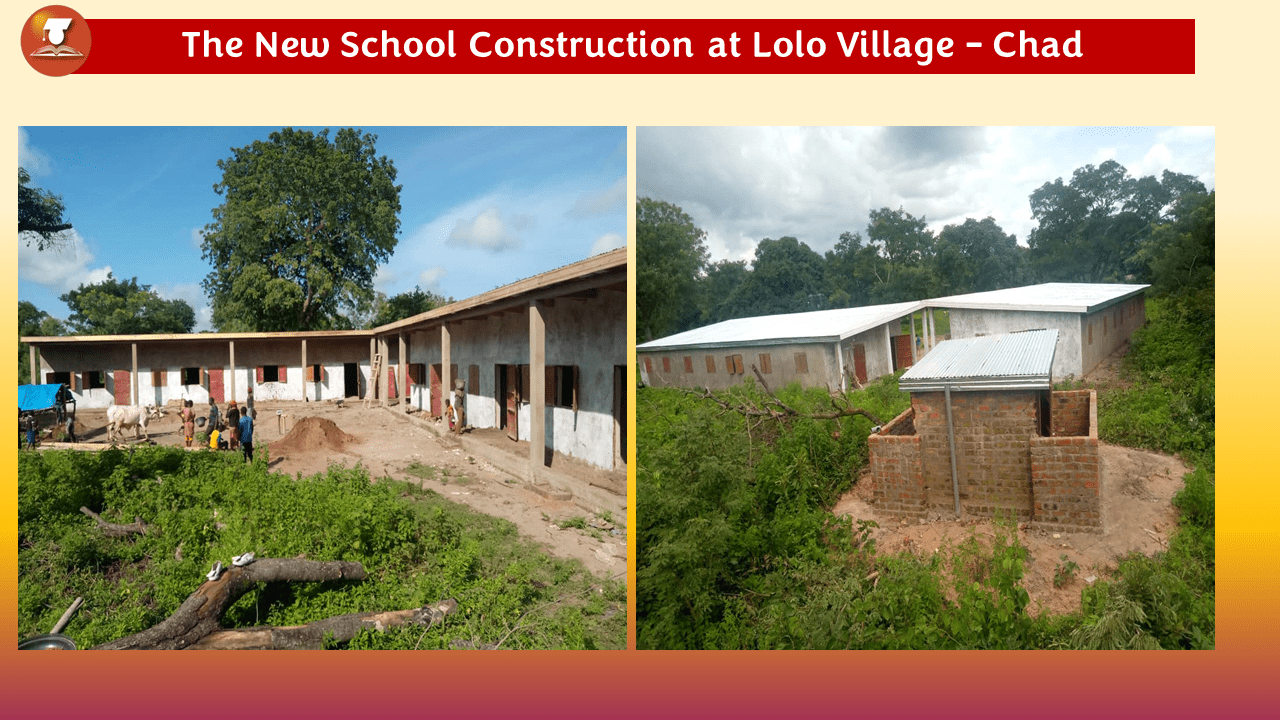 Bakaba is a small rural village in southwestern Chad that is difficult to get there on a road/path that is only possible with certain types of vehicles with four-wheel drive and “strong” motorbikes and little to no “social amenities” including electricity and running water.

At present, there is just one primary “school,” but it lacks an actual building.

But that’s about to change soon thanks to the supporters of Bread and Water for Africa®.

Our partner in Cameroon, the Hope International Foundation (HIF), headed by founder Esther Ndichafah, which operates our school fees support program in Chad, approached us in January for grant funding to construct a school building for the more than 400 children who attend school there annually.

Thanks to the supporters of Bread and Water for Africa®, in March we began the construction process which includes a school building with classrooms, offices and latrines in what Esther describes as “a destitute village where children currently attend classes under open huts that are constructed seasonally and sitting on pieces of dry wood pinned to the ground.

“This project will be a breath of fresh air and an indelible memory in the hearts and minds of the present and subsequent generations of Bakaba and its neighborhood.”

We are pleased to report that as of the end of September the project is 85 percent complete, and we are working on finishing the school building with the next step being furnishing the school with desks for the classrooms.

Prior to the request, Esther and HIF staff team members visited the school where several students receive school fee support from Bread and Water for Africa® for an evaluation when “the community of Bakaba emphasized their need for a school building.”

While the Bakaba school was created in 1980, for more than 40 years children attended classes under thatched shades constructed at the beginning of every school year and, Esther tells us, “neither the government nor local authorities have been able to take up the responsibility.” 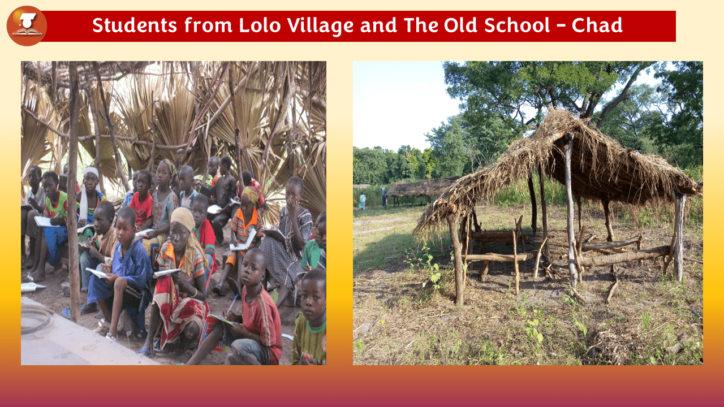 The school currently has seven teachers who are paid by the surrounding communities’ Parent-Teachers Association “and this project will be a great motivation for the beneficiary communities and local authorities to put in effort,” she says.

Esther noted that once completed, the new school will provide a convenient and healthy environment for children to study, secure the future of hundreds of children currently studying there now and for the thousands who will study there in the future, as well as inspire residents towards combined community efforts on further development.

In addition, she notes that it will attract government efforts in improving the lives of children through the provision of basic needs for the facility and minimize the interruption of the school year by seasonal changes and absenteeism “as is always the case.”

And once completed, Esther expects that the number of children attending school in Bakaba and nearby villages will increase, as will increased involvement of government and local authorities in the further development of the school.

Since the initial construction phase, the community took up concrete actions in support the school building by gathering materials that would be needed such as stockpiling sand and gravel and offering unskilled labor free of charge to assist the construction experts as the building progressed.

“Community involvement is one of the keys to success on this project and we can guarantee that is something we have already succeeded in obtaining,” Esther told us early on, adding that the community was so excited about the prospect of having a school building for their children that “the land for the project was freely provided by the community because they perceived our good intentions as far as improving their livelihood is concerned.”

And to the supporters of Bread of Water for Africa® who are making this possible, Esther wants them to know “It has been our long-term plan not only to pay children’s school fees, but to provide or assist in establishing standard facilities for them to study.

“This is a major milestone as far as that is concerned.