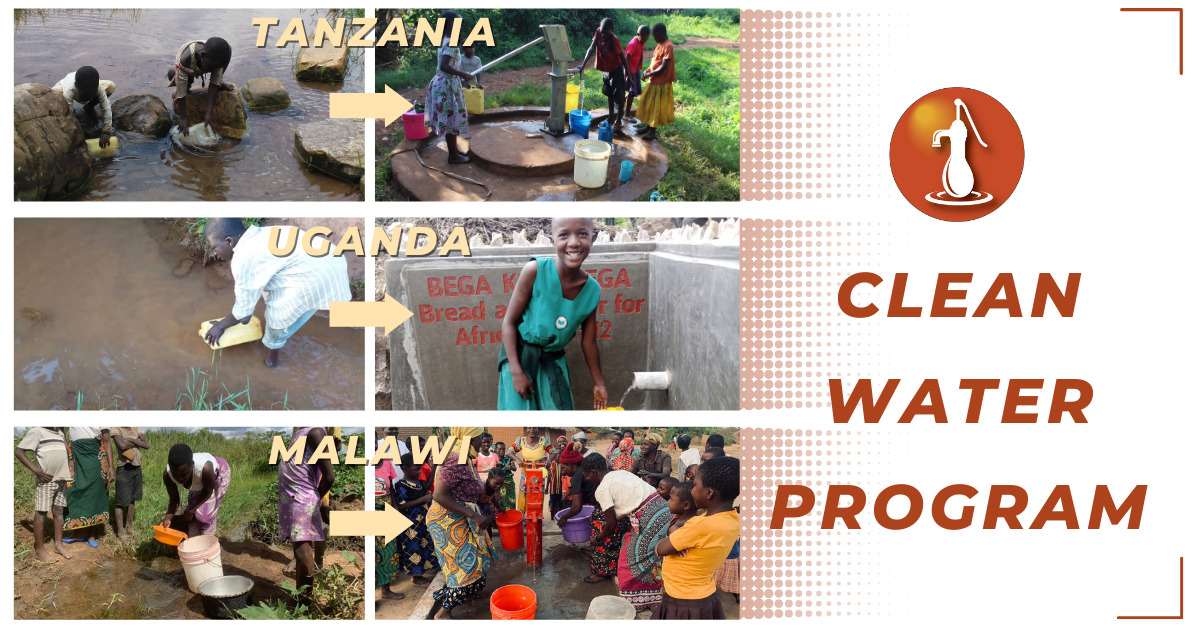 In the United States, Native Lakota Americans have a saying in their tribal language –  “Mni Wiconi” – Water is Life.

But tragically, for millions in sub-Saharan Africa without access to clean water who have no choice to drink from unsafe sources potentially contaminated with diseases and parasites, water can bring death.

For those living in remote villages having ready source of clean water for drinking, cooking, bathing, and washing, is the exception, not the rule as most risk their heath, and even their very lives, every time they take a drink of water from unprotected sources.

In fact, according to the World Health Organization, an estimated 115 individuals – children, parents, elders – in sub-Saharan Africa die EVERY HOUR due to a lack of the most basic of life’s necessities – clean water.

At Bread and Water for Africa®, for decades we have been working to provide thousands every year with clean water by digging wells, drilling deep water wells, protecting springs, and more preventing illness and needless deaths.

In fact, in 2022 alone, we completed 35 clean water development projects in Cameroon, Chad, Ethiopia, Malawi, Tanzania, and Uganda which today combined are benefiting more than 36,000 individuals.

For example, after our partner in Tanzania, Action for Ngono Basin Reforestation (ACTNGONO), reached out to us with a request to help the residents of eight villages in the country’s Muleba District living without ready access to clean, safe water, thanks to our supporters we were provide funding to repair old, non-functioning wells.

“Thousands of residents in the district rely on unprotected streams for drinking and household uses which is contributing to severe health problems,” ACTNGONO executive director Richard Bataringaya informed us.

“A serious problem exists in the eight villages where residents lack access to clean safe drinking water and live in an unclean environment resulting in the death of children from common illnesses and infections that are attributable to drinking contaminated water and eating unhygienic food.”

And today, we are pleased to report that all eight wells have been repaired and are fully functional.

“The wells were successfully repaired by installing a whole new hand pump system including pipes, rods and cylinder pumps,” Richard told us. “The new pumps are helping communities to have access to safe drinking water, reduce the time spent to go in search of water and a significant reduction in reported cases of water-related illnesses.”

In total, according to a population survey of the villages more than 11,000 children, mothers and fathers and elders there are now no longer risking illness, or even death, when they take a drink of water.

Among them is Belina of Bugasha Village who told us that for her to get water for herself and her family that she had been getting up at 3 a.m. every day.

“I walked about 30 minutes to reach the nearest possible water source, and oftentimes I found a long queue there,” she said. “So, imagine as a mother, waking up at such a time while taking care of a young baby.”

Throughout the year we will report on the progress of the clean water development projects we are funding and hope you will join us in our mission of preventing illness for thousands, and even death. 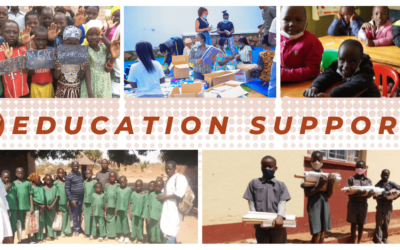 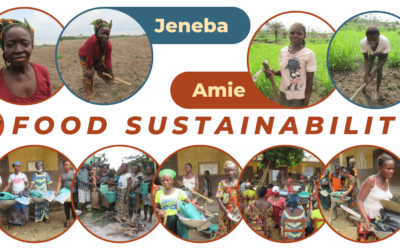 Year After Year, Decade After Decade, in 2022 Bread and Water for Africa® was There Again to Help Ease Suffering and Save Lives, and a Look Ahead to 2023

Every year, hundreds of thousands, if not millions, of children, mothers and fathers, and elders in sub-Saharan African countries die needlessly due...