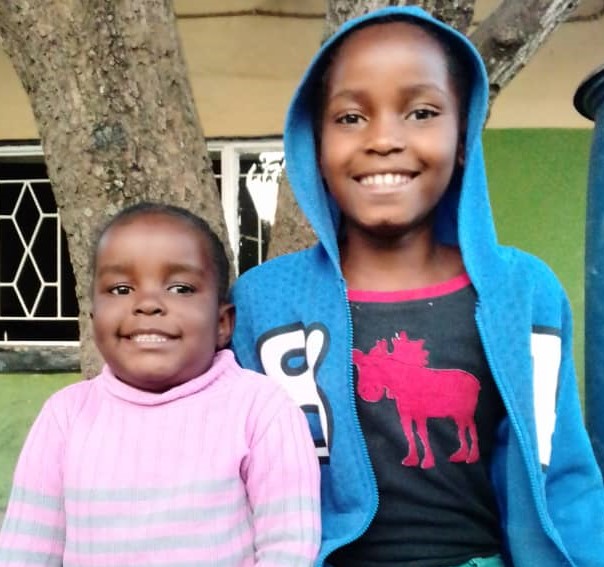 The Tale of Elizabeth and Miracle: From Fear, Hunger and Uncertainty to a Future Filled With Hope


The Tale of Elizabeth and Miracle: From Fear, Hunger and Uncertainty to a Future Filled With Hope


Imagine you are an 8-year-old whose mother tells you to watch over your 3-year-old sister until she comes back.

That’s what happened to Elizabeth, however her mother never returned leaving the two girls to fend for themselves in a small village in Zambia.

DailyMail.com describes the country as “Land of a Million Orphans,” which is no exaggeration as in Zambia, with a population of 17 million, one million of them are orphans.

Now imagine having to sleep on a cold floor with little to eat and the only way to earn any money is by carrying 44 pounds of water on your head long distances three times a day as your only means of survival.

That’s what Elizabeth did to keep her sister, named Miracle, to keep from starving until one day a villager discovered them living in an abandoned building and reported the situation to police.

Thankfully, for Elizabeth and Miracle the police took them to the Kabwata Orphanage and Transit Centre and our longtime partner, founder and director Angela Miyanda who welcomed the two severely malnourished sisters with open arms.

Today, they are among the lucky few out of hundreds of thousands of the country’s orphaned and abandoned children — from sleeping on a cold floor in a deserted building and nearly starving to death, they now have a warm bed and three meals a day, never having to worry about when they’ll receive their next meal.

This would not be possible without the compassion and generosity of the supporters of Bread and Water for Africa® and we shudder to think what would have been the plight of these two little girls if not for Angela and the Kabwata Orphanage and Transit Centre there providing them a loving home.