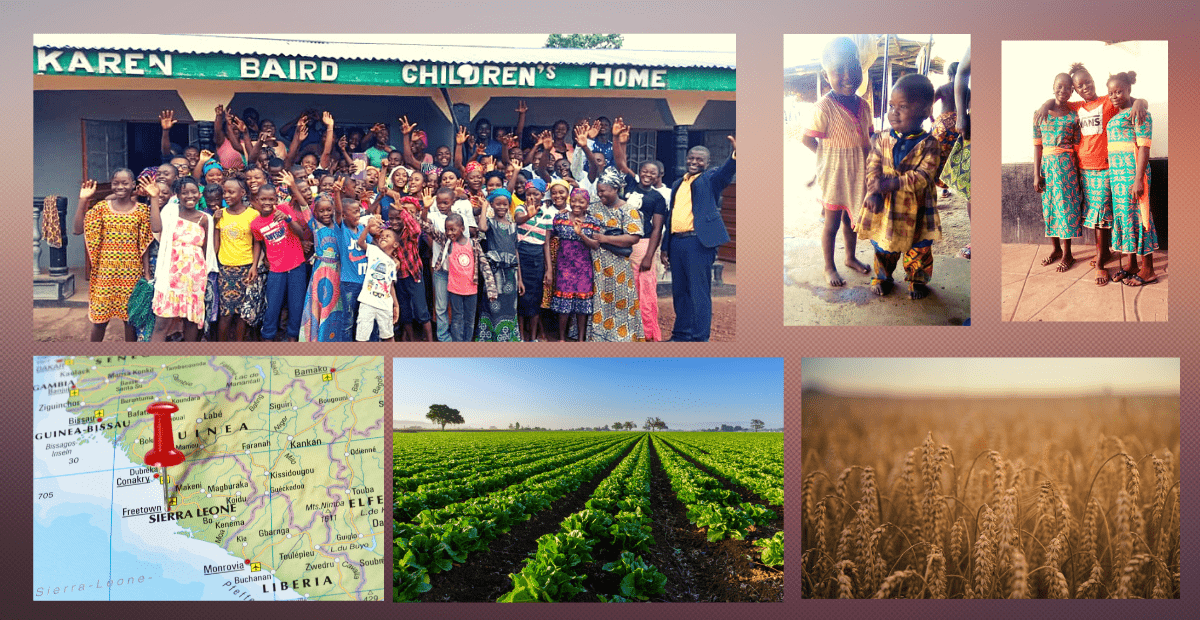 Defend the Weak and the Fatherless; Uphold the Cause of The Poor and The Oppressed- Psalm 82:3: At The Karen Baird Children’s Home- Sierra Leone


Defend the Weak and the Fatherless; Uphold the Cause of The Poor and The Oppressed- Psalm 82:3: At The Karen Baird Children’s Home- Sierra Leone


As of right now, there are just over 100 orphaned and abandoned children living at the Karen Baird Children’s Home (KBCH) in Sierra Leone who know exactly how fortunate they are to receive three healthy, filling meals a day, have a roof over their head and a warm bed to sleep in at night, and the opportunity of an education that will lift them into a new life with a bright future.

The KBCH, established in 2009, is an affiliate of our longtime partner in the country, Faith Healing Development Organization, and is among the most well-respected and recognized children’s homes in the country, but it counts on support from humanitarian organizations including Bread and Water for Africa® to help it fulfill its mission.

In Sierra Leone, farming is the primary source of sustenance and income for the people living in the rural regions of the country, but the outdated agricultural practices is current, widespread use are primarily a result of the lack of financial resources available to adopt and utilize modern farming practices which would greatly enhance and increase food self-sufficiency.

As one can easily imagine, providing sufficient food to feed more than 100 children daily is a formidable challenge but to help alleviate this serious problem in both the short and long term, Bread and Water for Africa® and KBCH have agreed “to embark on establishing a sustainable agricultural development operation that will result in positive contributions to the village as a whole and enhance the quality of life for all residents.”

The goal of the proposed initiatives is to lead to the cultivation of approximately 220 acres of rice and 30 acres of cassava (both staple foods of Sierra Leone) and become an ongoing program to be maintained by the children’s home.

In addition, according to the agreement, “the project will focus on vastly increasing agriculture production, enhancing productivity, and the development of an ‘agricultural value chain’ to transform it from small-scale subsistence farming to a self-reliant community agricultural operation.”

The main overall objectives of the project are to, first and foremost, create a permanent source of revenue for the children’s home and for those in surrounding communities, to establish a rice seed for the supply of food for the KBCH, thereby sustaining production, and to complement the government’s effort to increase domestic rice production and reduce the need for more expensive imported rice.

Among the children living at the children’s home today are 4-year-old Kadija and her 2-year-old brother, Ibrahim, who lost both their parents last year.

The father of these young siblings, a farmer in a local village, came home from a long day’s work, ate his dinner and went to sleep, but never woke. Not long after, their mother fell sick and “all efforts to save her failed and she lost her life.”

The children were initially placed with their elderly grandmother, who herself was begin cared for by the children’s parents, who was unable to provide for them.

“The only option left was to bring them to the children’s home,” we were told, and fortunately for Kadija and Ibrahim, the Karen Baird Children’s Home was there for them when there was nowhere else for  them to live, thrive, and with an education, grow into happy and successful adults.

To implement the program, the Karen Baird Children’s Home has requested that Bread and Water for Africa® ship farming equipment, including a tractor, plow, thresher and miller, to help them reach them their goals and objectives, and ultimately food self-sufficiency.